Police Horse Chase Superhero is fun horse riding simulation game in which you have to show your horse riding skills. The main goal is to be the best superhero (Bat or Spider hero) you can and catch all the criminals. Hop up the beautiful Arabian horse and begin the adventure. There will be several missions in this realistic game with superb graphics and realistic sounds. People on the streets must feel safe again and that is your job, so, do not let criminals run away. The horses are trained by army services, so you have nothing to worry about. Exciting missions include chasing all kind of criminals, such as gangsters, robbers and many more. Ride, chase and have endless fun with Police Horse Chase Superhero.

Police Horse Chase Superhero is a game app that was developed by a developer studio called Clans, Pakistan. The first appearance of the app on the Play Store was on April 11, 2017. Since then the game was updated once on October 10, 2017, removing minor bugs in the game and improving the riding skills. Currently Police Horse Chase Superhero has more than 500,000 installs and it has a rating star of 4.26 out of 5. 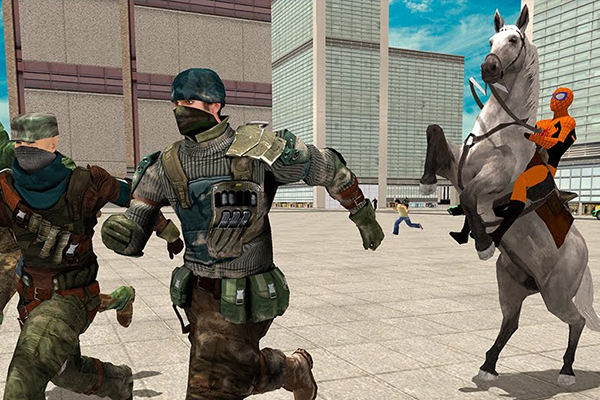