horse breeds
Ardennes Horse Breed Flash Jigsaw Puzzle, Ardennes horses origin from the region of Ardennes in Belgium, Luxemburg, and France. They are the oldest documented draft horses in Europe and its thought that descended from praised horses by Julius Caesar. Caesar described these horses as rustic, hard and tireless, thus were used in heavy cavalry units.

There is historical evidence that its ancestries reach the period of Ancient Rome. Napoleon was famous for his passion for good horses and valued Ardennes horses for its endurance. He praised them due to their temperament, stamina, and strength and used them in the army as a cavalry horse, although others preferred warhorses to be with less weight since heavy horses were difficult to maintain and less adaptable to varied terrains. They were also been praised as a meat animal.

Arabian blood had an influence on the breed as a result of a cross with Belgian Draft blood. That was in the 18th century when the Belgian Draft was used to increase the size and strength of other horse breeds. In the United States, they were imported in the early 20th century that provides the pulling power on farms, although it is not a Most distinctive feature of the Ardennes horse is its massive and compact body, characteristic size and extra weight.

The head is strong with a broad face, set on hugely-crested neck, with an enormous chest. Poor reared Ardennes horses are lighter in bone and muscles. Ardennes horses legs are short and sturdy they are of gigantic proportion, especially in the hocks and have strong joints.

is one of our selected horse breeds games which can be played for free at horse-games.org. It has been rated from 726 visitors of horse-games.org with 4.65 stars out of 5. 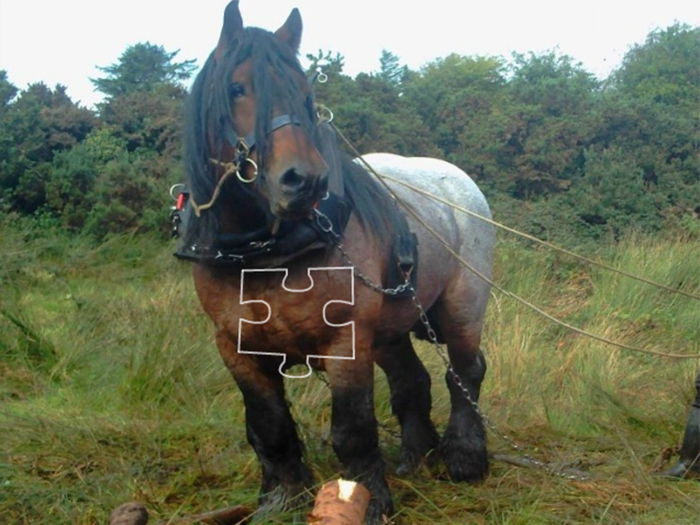 The overall look is a broad and muscular horse with an abundant feather on their fetlocks. Although they are massive, it is said that they`re easy keepers, which means that can live with relatively little food and are economical. An average height of an Ardennes horse is between 15 and 16 hands 152-163 cm and weigh up to 2,200 pounds 1000 kg, but average weight is around1, 210 pounds 550 kg. Most common coat colors of the Ardennes horse are bay and roan, but it can also be found in chestnut, bay, and palomino.

Black coat color is very rare and these horses are excluded from registration. Sometimes white markings can appear, usually as a star or blaze. The first Ardennes Horse Register was founded in 1929. Today there are studbooks in Belgium, France, and Luxemburg, which are different between each other. They have an influence on many other breeds in order to increase weight and size to a specific breed. Spread in the world and in the United States, it is not known exactly from when, because they weren`t registered as Ardennes, rather as Belgian or French heavy draft horse.

From the early 20th century there are constantly imported even as late as 2004. In the past, they were often used as war horses, but today they are mostly used for heavy draft and farm work, for meat production, due to its extensive musculature and in driving events.
So do not go anywhere, stay on horse-games.org and play thousand of free horse, pony and other animal games. More »