horse breeds
The country of origin, of the Anglo-Norman horse, is France. It ancestries- Norman Draught horses are known for a thousand years. Ancient Romans crossed small, hardy Bidet horses with large mares to create a sturdy horse for war uses.

This heavy breed was crossed with German, Arab and Barb blood in the 1600s. Later the English Thoroughbred and the French Norfolk Trotter, which is now extinct, were crossed and they create the Anglo-Norman horse.

Precisely the Anglo-Norman horse was developed in Normandy in the 19th century by crossing Norfolk Trotter, Thoroughbred, and Arabian stallions with local mares. The needs of a draft and working animals reduced so that it became too great changes on the breeds. Because of the speed and stamina, a need for a lighter horse for riding and cavalry was more important, thus in many places in the world were made many crossbred combinations and new horse types. As all warmblood horses, they came in different sizes and weight carrying capacity.

Because of that, there is a weight classification, from which the horses that have the ability to carry a medium weight rider are the most numerous. There are also two types of Anglo-Norman a saddle type and a draft type. The breed includes many others that have been developed by careful line breeding, such as Nonius, Condor, Furioso II etc.

In the middle of the 20th century, the breeders all around France crossed regional breeds with the saddle type Anglo-Norman. The goal was to produce a horse that will have great abilities in speed, stamina, and agility. The efforts have paid off and the best sports horses in France appeared they were named - Le Cheval de Selle Francais - which means the French Saddle Horse.

is one of our selected horse breeds games which can be played for free at horse-games.org. It has been played 4632 times and has been rated from administrators of horse-games.org with 4.60 stars out of 5. 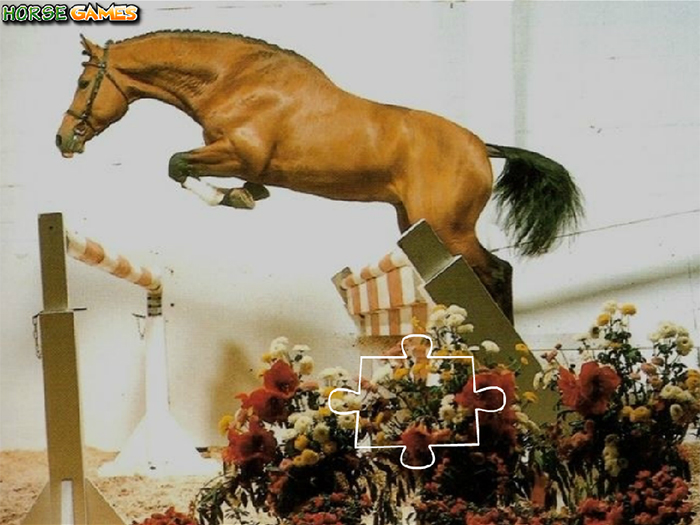 Many people are often confused with a line of French Trotter, and they aren`t the same breed as the American Saddle breed horse. The first stud book was published in 1965. The Anglo-Norman breed had an influence on several other horse breeds on the European and Asian Continents.

For example, they were used for crossing with local mares in Greece and thus created the Andravida; by crossing the native horses from the Jura Mountains with Anglo-Norman horses was created the Swiss Freiberger; the Hungarian Nonius is developed from Anglo-Norman sire; so as well German Oldenburg and Chinese Heihe breed. The Anglo-Norman breed has refined head, reminding of the French Trotter, set on long elegant neck, sloping shoulders and strong body with excellent bones. Eyes are wide set and they have long ears. Average height is between 15.2-16.3 hands. Mostly chestnut coat color is founded, but bay and all other colors can be accepted.

Take a challenge to play a game of horse puzzle. Rearrange the pieces of the jigsaw by using your mouse. The final image is an intelligent and bold horse breed. Spirited but with kindly nature horses of this breed are excellent as show jumpers, Olympic winners, but also used for dressage, cross-country, eventing and generally for riding and racing. Wish you tons of fun!
So do not go anywhere, stay on horse-games.org and play thousand of free horse, pony and other animal games. More »