Pony and Horses Giddyup. It is Time for Riding!

14th November, 2018 1924
Horseback games are not only exciting and fun but are significantly helpful in improving riding skills and prove handy for training ponies and horses. Horseback games are particularly useful for developing the right balance, timing, and technique. These games can be played in a team. In turn, these games encourage cooperation, sportsmanship and team spirit. Horseback games prove beneficial to ponies and horses too as they get a chance to improve their gymnastic abilities and the art of obedience. A few of the popular games are gymkhana games and western games. The United States Pony club games include a variety of competitive games involving many teams. 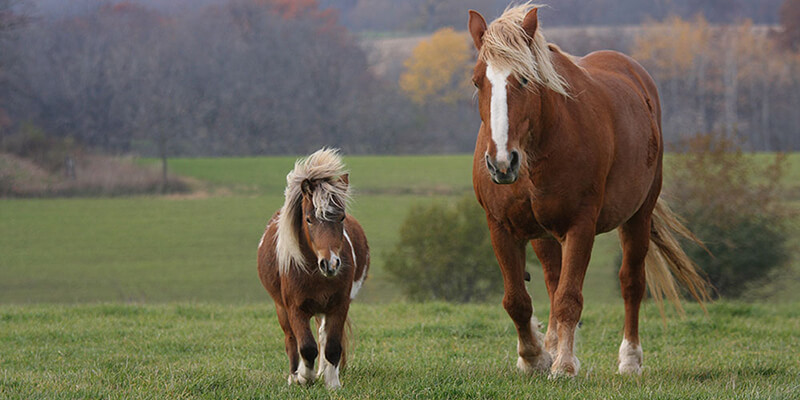 Gymkhana games are competitive in nature. The Sack Race is one of the most popular games in which the rider gallops with his horse from one place to another, dismounts and climbs into the sack. While keeping the sack on, the rider has to lead his horse back to original point of inception. The first rider to complete the whole procedure wins. Another popular gymkhana game is Ride a buck. In this game bareback riders put a paper or a sometimes a dollar bill under their thighs and then start walking while their horse or pony gallops and trots around a ring. Eventually, the last one to keep the paper in place wins. Gymkhana also includes the baton race. In this game, 2 riders form a team and line up facing each other all across the arena. In this race, each rider carries a baton and trots towards his teammate and passes him the baton who takes it back to the original point. Whichever team does it the fastest will win the race. 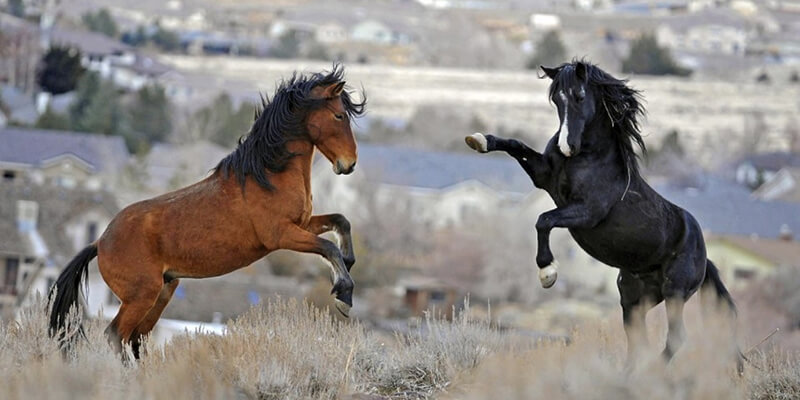 The United States Pony Club has plenty of games to offer, the most popular being the toolbox race. In this game, the riders form a team and the first member canters the horse to the middle of the arena carrying a toolbox made of plastic. The rider trots to the other side of the arena and grabs a hammer. The player then dashes back to the midpoint and drops the plastic hammer into the box and finally starts racing back to the starting point. The next two riders must also proceed in the same way while the final and fourth rider bring backs the entire box of the tool. The team which takes the least time wins. 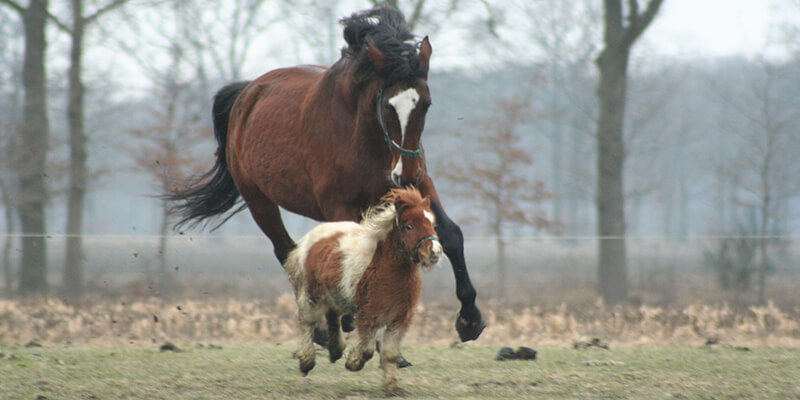 Western games are also competitive in nature and timed events. Some of the most popular western games include the keyhole race, pole bending, and barrel racing. Barrel racers form a cloverleaf pattern up and around a set of 3 barrels. In the game of pole bending, the rider has to weave around 6 poles located 21ft apart. The rider is required to gallop around the pole standing at the end. Then the rider starts to gallop along the poles and weaves around the ending pole. Similarly, all the riders follow the same procedure and form a cloverleaf pattern at the starting point. The keyhole race is another popular western game where the rider races his mount across the whole arena to a place which is depicted as the keyhole using lines or poles. The rider has to maneuver his horse in the keyhole area while making sure not to step over the lines after which he must gallop back to commencing point. 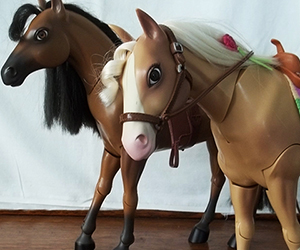 Pony and Horse Giddy Up

Pony and Horse Giddy Up - Horseback games are not only exciting and fun but are significantly helpful in improving riding skills and prove handy for training ponies and horses. Horseback games are particularly useful for developing the right balance, timing, and technique.