Horses through the history

Just as the man went through series of phases in his evolutionary development, the horse too had to go through various changes in the history of the evolution to the form that is known today.

Everything that is alive has changed through history, in a continuous process called evolution. Since the beginning of the planet Earth, millions of species have been formed and disappeared from the face of the earth. The organisms that have survived till nowadays are only a small number of the organisms that once lived on our planet. Evolution occurs, mainly as a result of natural selection. 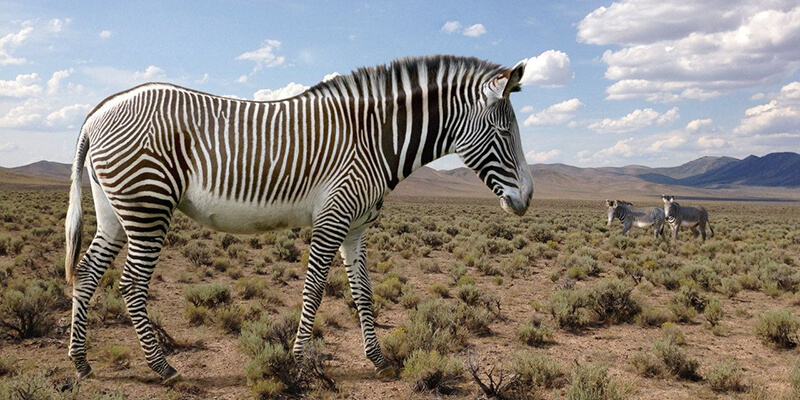 In the process of evolution, the possibility of further reproduction is bigger in those individuals who better adapt to the conditions of life than other individuals of the same species. Every story has its own beginning, and so is the story about the horse. Every nation has been trying to explain everything about everything, including the development of the horse. However, everyone agrees with one thing – the horse is made by God (whoever he is and whatever his name is) to serve the man. The Arabs believe that God created the horse by the wind and breathed life. According to the Bible, the horse is a gift to man as a reflection of Gods grace. However, the story is not as idyllic as it seems.

On the left side you can see fossils Eohippus, the oldest known ancestor of the horse. He was tall 35 – 37 cm and weighed only about 5 kg. This horse lived some 75 million years ago and is considered to be the ancestry of all equine animals. He had five fingers and at the top of his fingertips, a strong and thick nail. His eyes were on the middle of his head. 15 million years ago, on the next stage of the evolution was the Mesohippus, 45 cm tall, with a slightly more perfect dentation and three fingers. Merihippus, the next link in the chain, had a height of about one meter and three fingers on his legs, but he was standing or treading only on one finger. It is believed that the changes that happened through the evolution in their teeth, jaw, and fingertips, influenced all the above-mentioned ancestries to move faster, shifting longer distances in search for better food. This, on the other hand, led to a gradual increase in their body weight. 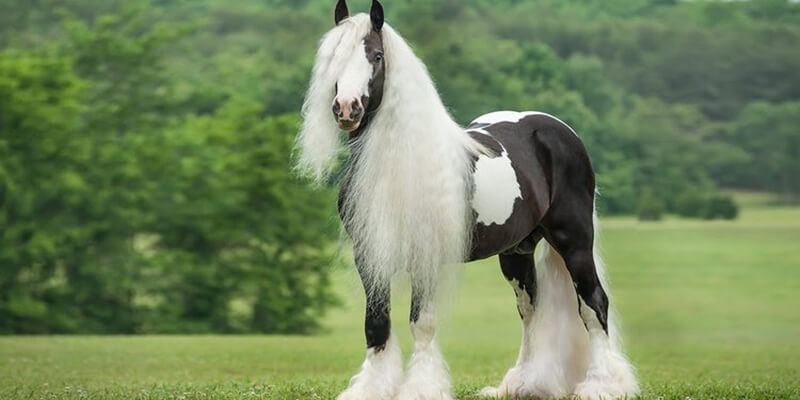 Pliohippus is considered to be the father of the modern horse. This horse was very similar to the modern horse, but a little bit smaller than the horse we know. With this long evolutionary journey, it is quite normal for the horse to spread throughout the entire planet, except for the territory of Australia, which is known to have been separated from the rest of the land much earlier. 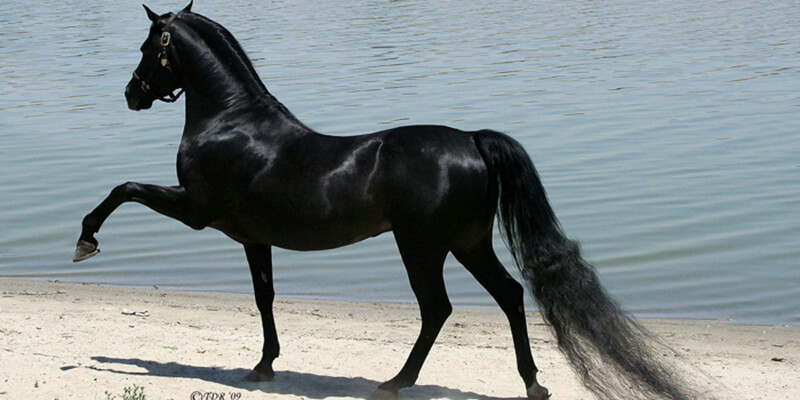 Today there are over 300 horse breeds of all sizes and colors. Some are used for heavy draft work, while others for riding, as sports horses. No matter what they are used for, horses have always been and will always be loyal to men. 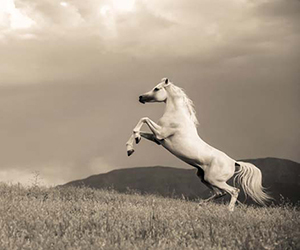 Horses through the history

Horses through the history - Just as the man went through a series of phases in his evolutionary development, the horse too had to go through various changes in the history of the evolution to the form that is known today.