Everyone loves Pegasus, the lovely flying horse. In Clan of Pegasus Flying Horse, you have a chance to fight against powerful enemies and show your skills. Your horse has epic power and you can use the magical attacks to destroy the opponents. Build your tribe and become the ultimate Flying Horse. Customize the coat color of your horse, find the other members of your clan and begin the adventure. Defeat enemy warrior clans, flying monsters, and other giant horses. You will also see giant wolves, dinosaurs, unicorns, and even six giant bosses. There are four magic spells, each one with own superpower. The first one is Invincibility, the second is a Lightning Bolt, the third is Healing and the last, but not least is the Fireball. Call your family members to help you when you need it the most. Race across mountains and rivers, through dynamic weather condition and feel the adrenaline rush.

This app was initially published on September 21, 2016, and it has not been updated since then. Clan of Pegasus Flying Horse has more than 500,000 installs and a rating of 4.0 out of 5 stars. In terms of allowable content, this game is classified as Low Maturity. Clan of Pegasus Flying Horse is free to play, but the game offers you in-app purchases, such as magic spells, which you can buy for real money. 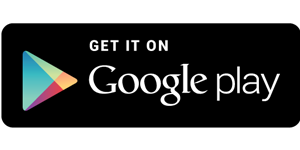